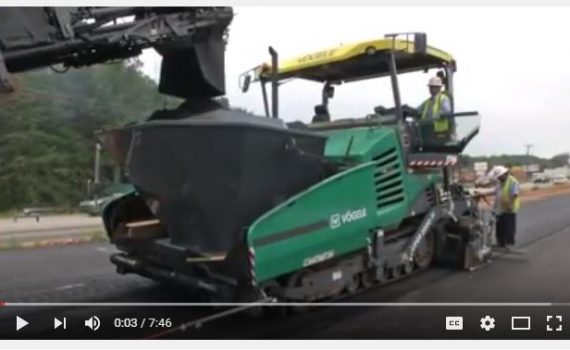 The tracked paver is designed primarily for use in highway construction and large-scale commercial applications. 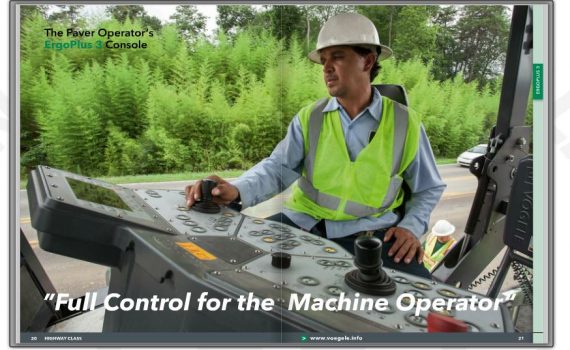 Thompson-Arthur was featured in this Vogele Super 2000-3i brochure: 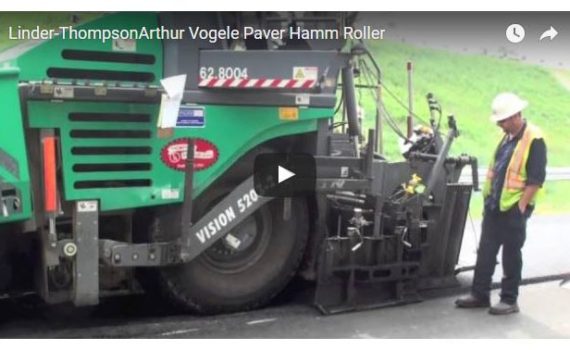 The ceremony happened at the North Carolina Zoo. The 16.1 mile, four lane highway is part of the Department of Transportation’s plans to improve the routes from Raleigh to Statesville (U.S. 64 ) and Raleigh to Charlotte (N.C. 49 and U.S. 64)

“This bypass will connect the rest of the state with both Asheboro, this region and the zoo,” Gov. Pat McCrory said.

The $244 million project includes building a zoo connector, a two lane roadway running directly from the bypass to the zoo entrance.

“Having this connector to solve the traffic problems associated with high visitor days, large visitor days, is one of the keys to allowing the zoo to accommodate the million people that we’re hoping for in the very near future,” said Mayor David Smith of Asheboro

Work continues to secure the right away to begin building, soon.

“It’s over 460 parcels along the project and we’ve settled on about 150 parcels currently,” said project manager, Mike Merritt. “We started the right away process back in October and we’re probably 6 months to a year to finishing up all of the right away.”

Construction is expected to start in July and finish by November 2019.

GREENSBORO, N.C. – It’s the first road project of its kind in the City of Greensboro. On Friday and Saturday, the North Carolina Department of Transportation will open its first diverging diamond interchange (DDI).

The DDI alllows traffic in two directions to temporarily cross to the left side of the road. It moves a high volume of traffic without having to increase the number of lanes and traffic signals.

The road project is part of the NCDOT’s $40.1 million High Point Road (Gate City Boulevard) widening project started in October of 2012. The project involves widening a four-mile stretch of the road from two lanes to four with a median. It also involved constructed a new interchange with I-73.

There is already a DDI open at Union Cross Road. Watch the video to learn how to drive on the DDI.